“Don’t piss off your Future Self, Amanda,” or “Your Future Granny will not approve of this,” I’ll sometimes whisper to myself as I’m about to do something that feels financially—well—stupid. I started doing this about a year ago as a reminder to think critically about decisions and to consider their long-term effects. It’s a helpful way to slow down and be more thoughtful.

Sometimes, it can be hard to know what’ll be best for us over the long-term, at least in a financial sense. Of course, we could all save more. But what else? What other financial mistakes can we avoid to shield our future selves from financial heartbreak? I whole-heartedly believe that the best answers to this question come from the people who have already been through it all—our elders. And although I’m just a millennial with about a decade’s worth of “adult” experience, I did work with hundreds of wealthy retired-aged folks for six years. During this time, I noticed several themes for both financial success and failure that were repeated over and over again, and I want to share these with you.

A bit more background: I worked at an investment management firm for six years and my title was “Investment Counselor.” My job function was to update my clients on portfolio strategy, answer questions about the stock market, and most importantly, become intimate with my clients’ financial and personal lives. During my time working at the firm, I had hundreds of conversations with retired-aged folks—they were usually the ones with enough wealth to qualify to work with the company. It was my duty to listen, and the lessons I learned from my clients were invaluable.

Here are ten of those lessons:

Conversely, those who panicked during the stock market crash of 2008 and sold stocks at a low really screwed themselves over. At that time, a significant number of investors truly believed that “the stock market was broken” or that “stocks were going to zero.” These are the same things that are said during every stock market crash, and they’ve never proven true. My job was to talk these people off a ledge, but we couldn’t save everyone from their own kneejerk reactions. These people paid a huge price.

Most of my clients did not have this problem, but many had family members that did. Investing only in the house that you live in is a surefire way to feel stretched in retirement. A house cannot buy you delicious cheese or take your kids and grandkids on a tour through Europe. (When you are freshly retired and spending time at home, you are not going to want to downsize to an apartment.) My wealthiest clients invested in some sort of asset class that would generate income in retirement, whether that be the stock market, rental properties, or some business that would grow their wealth and create a future income stream. The less wealthy saved cash but failed to invest that money.

3. The previous generation relies on their pensions—which we won’t have.

Almost every one of my clients (except the inheritance-rich clients) relied on their work’s pension for at least a part of their retirement income. For those of you too young to remember, workplaces used to save and invest money on behalf of their employees, for retirement. Such programs are now rare, ‘cause as it turns out they were a statistical clusterf*ck and expensive for companies to manage, so they quietly stopped offering them and instead promote the use of RRSP plans as we currently know them.

Why is this important? Because young people won’t have pensions, we need to be saving significantly more than our grandparents and maybe even our parents. If we want to mimic what old pension plans did for employees, we need to save a minimum of 10% of our salaries in each year that we work.

We’re pretty lucky that we have access to cheap index funds that take care of a large part of our diversification needs; this was not always the case. Most all of my older clients had some sort of story about building their own stock portfolios, buying way too much of one stock or way too much of one “sector” in the market (e.g. tech, banks), and having something go awry. For every client that bragged to me about buying Apple when it was $20, two others lost tens of thousands of dollars in Enron stock.

The lesson remains: A big bet can go both ways, and the effects on the downside can be devastating if it’s your whole nest egg. Young people are allowed to take risks, but it behooves you to keep a majority of your investment portfolio in a well-diversified strategy designed for your long-term goals.

5. Beware of the hot investment.

I have one client who loved to talk about how he lost all of his money on a big bet he made on oil in the eighties. During that time, oil’s price-per-barrel soared because it was perceived as a limited resource. Public consensus was that oil prices would “never come down.” Guess what happened? For a number of reasons—for example, improved efficiencies in processing oil—prices careened downward.

My client ended up just fine because he had other investments, but I am certain that there are many more people who bet on oil at that time because they were desperate and in need of a money miracle. Unfortunately, there is no such thing as an investment that only churns out profits, and it’s certainly not going to be the one that everyone is already talking about. That ship has sailed, so be careful.

I didn’t work with a lot of big inheritance clients, which was cool because I got to work with mostly self-made folks. One trend I noticed is that almost none of them had some big money break where all of the sudden everything made sense and the dollars started rolling in. If they ran a business, they kept at it for decades. If they saved their way to success, it was by making conscious decisions every week or month.

7. Short-term sacrifices are a requisite to long-term success.

While some of my clients were born rich and spent their lives spending like drunken sailors, just as many of them understood that life is a series of trade-offs, with short-term wants at battle with long-term needs. Those with a better ability to see long-term benefits in the decisions they made were in general wealthier and more peaceful, to be honest. The pursuit of materialism can seriously stress people out.

That said, being totally frugal or a complete workaholic aren’t recipes for happiness, either. People who only prioritized work had strained relationships with family and few real friends; find a balance here.

8. Old people don’t want to die just because they are old.

I’ve heard more than a few young people say something along the lines of “ideally I’ll die at 78 so I don’t have to go through the suffering of old age.” Boy do I have some news for YOU: I never talked to a 78-year-old person that wanted to die, even if they were sick or in pain. Being older will make you cling to the preciousness of life; you will want more time, you will not wish to roll over and die. It’s a risky thing to do to assume you’ll only live to be 78, so take care of your body and save money like you’ll live to 100.

I was always surprised at how many of my smart and savvy clients had, at some point, bought into bad deals, had shady financial advisors, or paid for advice from a “financial expert” who was no more than a snake-oil salesman. Never underestimate how willing some people are to take advantage of a client’s naivety, especially during dire economic times. If it sounds too good to be true, it most certainly is.

Some additional advice? The internet is a terrific tool to suss out fishy-sounding financial propositions. Risk and reward are two sides of the same coin; you cannot have one without the other. If you are being promised reward and no risk, run in the other direction. The stock market is going to do what it is going to do and we can’t change that, and almost no advisor can manipulate better than average returns.

10. Start as young as possible, even if it’s with small amounts.

I rarely met someone who was wealthy that waited until they were in their forties or fifties to prioritize long-term saving and investing. Most of them understood both the power of compound returns and the importance of making savings into a routine—no matter how small the contribution. And if they weren’t investing directly in the market or other asset classes, they were investing in themselves.

Also know that it’s never too late to start, even if you are approaching retirement. As the old Chinese proverb goes, “The best time to plant a tree was 20 years ago. The second-best time is now.”

What financial wisdom have your elder departed upon you?  Share in the comments below!

Amanda writes The Dumpster Dog Blog, which is scrappy, no B.S. financial education for young women. Check out her music video convincing you to “Save Now, Party Later.”

Don’t Piss Off Your Future Self: The 10 Best Money Lessons From Retirees first appeared on Young And Thrifty 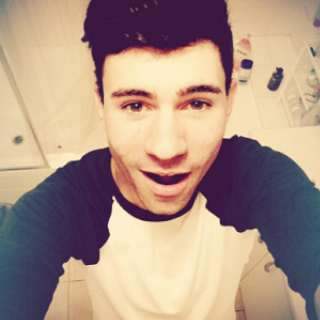 Hi I am James Dylan, live in USA. I like travelling and also enjoy with friends.